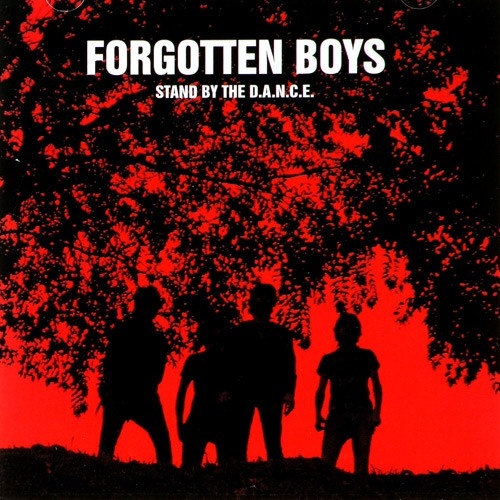 FORGOTTEN BOYS - Stand by the D.A.N.C.E.

FORGOTTEN BOYS - Stand by the D.A.N.C.E.

During the second half of the 90s, two guys, were not sure what the hell was going…all, they had grown up listening to Iggy and The Stooges, NYDolls, MC5, T.Rex, Ramones, DMZ, Rolling Stones, Replacements, Radio Birdman, Dead Boys, etc. Bored with it all and without any motivation to go out and see shows to have a good time, they decided to record a 2-song demo called "...Cos Revenge is Sweet". They baptized themselves as The Forgotten Boys. The year was 1997, the place, Sao Paulo, Brazil.
By 1998 Gustavo Riviera and Arthur Franquini had gathered quite a few new tunes and bring a bass player to their project. With a new demo, consisting of 13 tracks and self-titled "Forgotten Boys". They caused a very contagious reaction: despite of the band only pressing and distributing some copies of their, then, most recent demo, the entire local scene started talking about them.
In 2000, after serving as Marky Ramone's backing band in Brazil, the band recorded the first album, also self-titled "Forgotten Boys," that was released on Ataque Frontal, a legendary Brazilian punk rock label.
In early 2002 Forgotten Boys recorded a new full length called "Gimme More," released by Thirteen Records. These new recordings are proof that the band has taken big steps since getting started, they've matured greatly in the way they compose, their song arrangement and their sound.
By the end of 2003 the band signed with No Fun Records from Detroit, USA to get his first release outside their native contry, "Gimme More (And More)", which consists of "Gimme More" in addition to the tracks that had belonged to their split CD with Killer Dolls.
In 2005 after getting back from their first going to Argentina the band is invited to sign their first contract to a Record Company, ST2 Records (Brazil).
The first album to be relased by ST2 is called "Stand By The D.A.N.C.E." and sets the band ready to the promising future.
2008, Forgotten Boys released the album "Louva-a-deus", produced by Apolo 9 and recorded and mixed by Roy Cicala, the legend who works on albuns by John Lennon, Lou Reed, Patti Smith, Frank Sinatra, etc. On 2011 released the album TASTE IT, mixed by Roy Cicala. on 2012 received the award of the best Brazilian band of 2011 from APCA (association of art critics of Sao Paulo).