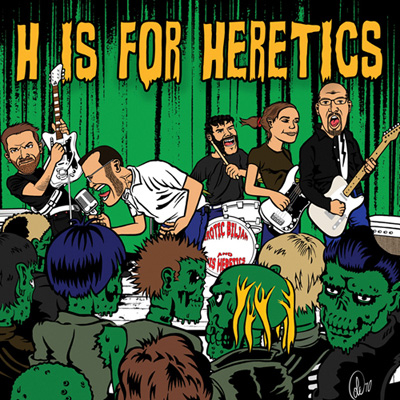 "On their second album, Biljan and his heretics polished their garage sound, and with a lot of experiance and gigs behind them they really sound great. This is a high quality combination of garage and modern rock, as are their guitar stunts. This album (and the band) shouldn't be ignored by any fan of rock or furious riffs. As a guest on the album they have Remi from Elemental, who showed her new, exciting face in this collaboration."
Marija Lalic - NET.hr , H IS FOR HERETICS album review