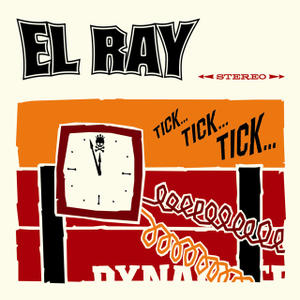 El Ray fires another round with their second album ”Tick…Tick…Tick…”. Picking up where the forerunner “Shoot from the hip” left off, El Ray once again present their characteristic ‘surf with a twist’. You recognize elements from Burt Bacharach, Sergio Leone and not least Dick Dale and The Ventures. But this time El Ray have also discovered surf elements in bands like The Pixies, The Smiths and Bob Hund, and the band appears even more energetic and springy than ever before. This is all in accordance with El Ray’s mantra “Better steal from another genre than blindly follow the strict rules of surf music”, guaranteeing an experience which goes beyond pure surf.